Two Reasons NOT To Go Into Couples Counselling

Counselling is often a last resort for couples who’ve struggled on for months, or more likely years, with varying degrees of unhappiness or dissatisfaction, often, unfortunately, it’s too late by then to undo years of resentment, lack of trust, sometimes even contempt for each other.

Sometimes, however, the love that a couple share, their desire & commitment to making it work, their courage to both take personal responsibility and risk vulnerability, their commitment to themselves, to each other, & to their family despite what may have taken place between them is enough to turn a relationship that was once on the brink of break-up into one where a team are supporting each other in life in a loving way, one where fun & intimacy return & flourish.

That said, there are two very definite reasons that a couple should not go into counselling, or at the very least that make couples counselling not a good idea. 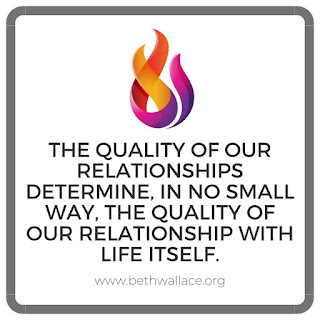 1. One partner is going to see a counsellor/therapist only because it’s what the other partner wants, they don’t believe they need it, they think the ‘’problem’’ is clear and the other person needs to just sort themselves out because it’s their fault, or they just simply don’t want to be there. Whatever the reason, if one person wants to be there and the other doesn’t, it doesn’t bode well for progress, far from it. In fact it’s probably the biggest stumbling block to counselling or therapy being effective.


Couple’s counselling will only be effective if both people want to be in the room, if both people are committed, even if to differing degrees, to exploring what’s going on, what’s happened, how to find a way forward, even if that way forward is challenging & difficult, and leads to separation - if only one of them actually wants to be in the room then individual counselling will be much more effective in that situation.

2. If one or both partners expect the therapist or counsellor to ‘’fix’’ the situation. This applies to an individual coming to counselling/therapy too, of course.

So many people want someone else to say ‘’here, do this thing and everything will be alright’’. We’ve been conditioned into thinking that quick fixes are possible for every aspect of life - in ‘’the west’’ we want it and we want it now!

How we work and move as human beings, in terms of our emotional life and landscape, taking into account the complexities of our histories, doesn’t respond to a ‘’quick fix’’ approach. That said, a simple explanation of how therapy or counselling works can often be enough to shift someone’s opinion on that and when they realise the therapist or counsellor can’t ‘’fix’’ anything, and that the ‘’work’’ has to be done by the couple themselves, both individually and together, then often they can more forward together.