It can be a challenging & rewarding world, that of online dating, & it's the means by which more and more couples, who are having satisfying relationships, are meeting. This article will be particularly useful for those new to it but there may also be some golden nuggets for seasoned online daters! 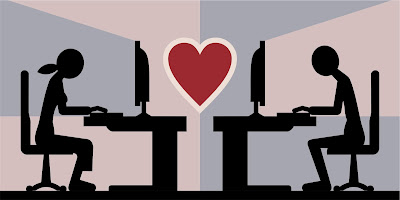 First things first
Why are you online dating, what are your reasons for doing it? are you trying to distract yourself from a breakup? are you bored or lonely, maybe horny? are you looking to meet someone & connect in deep relationship free from the strings of the past? what are you hoping will come from it?
Are you clear, both with yourself & others, on what you're
A) offering & not offering &
B) looking for & not looking for? What are your 'hard nos' & 'must haves'? (I'll explain those in a bit!)
The more clear you are about what you're offering & not offering, & what you're looking for & not looking for the easier & faster it will be for you to match with those who are a good fit for you.

For example, do you have preferences for people
- with or without children, & those who want to have children in the future
- who live near to where you live
- within a certain age range
- who share hobbies or pastimes with you
- who are looking for casual sex, hook ups & one night stands or serious relationships only
- I'm going to presume you already know your sexual orientation & are looking in the right places! but does other people's orientation matter to you? for example, if you're gay, are you comfortable dating someone who's bisexual? if you're heterosexual are you comfortable dating someone who's bisexual? If you are uncomfortable that's absolutely fine & requires no justification nor explanation to anyone else.
- from particular cultures or religions, for example religion or spirituality may be very important to you, you may be willing to only date people from your own cultural or ethnic group, or you may be insistent on dating someone who is not religious at all
- are interested in monogamy, open relationships or both
- who smoke, don't smoke, drink or take drugs or who definitely don't
- who are in employment or not
- with a particular level or degree of education.

You may be flexible on some of the above, what are your 'hard nos'? these are the things that are definitely a 'no' for you, such as being a smoker for example. What are your 'must haves'? these are the things your date must have, for example wanting to have children, your 'must haves' are non-negotiable, but remember, there's no 'right' or 'wrong' here only what's 'right' or 'wrong' for you right now.

Try making a list of your 'hard nos' & your 'must haves', these are the character traits, behaviours etc that are definitely out or that must be present for you. My strong suggestion here, however, is to make these lists as short as is possible - very often these lists become too long & in the imagining of an ideal partner we miss out on many good people who may be a better fit for us than we imagine. Try limiting your 'hard no' & 'must have' list to a maximum of 3 or 4 items each, to the things that really matter like children, where someone lives, religion etc not hair colour, job & height! 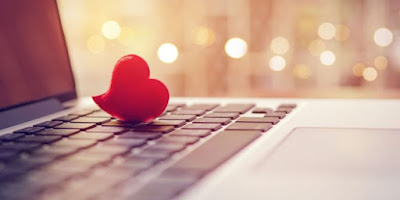 Pay attention, believe what people say about themselves & act accordingly
One of the key learnings about relationships is that people usually show us who they really are early on in the relationship & it's usually us who can't see that or are unwilling to see it, perhaps even under the mistaken idea that we can change them!
For example, if he says in his profile ''I'm just a big kid'' then believe that he is, don't expect him to behave like a grown adult man all the time & then criticize him when he behaves like ''a big kid'' - he told you that's what he was!
Similarly, if she says ''I'm a Queen!'', accept that she believes that about herself & don't expect her to accept less than she believes a Queen deserves & then criticize her for behaving like a ''Queen'', that's what she told you she was!
Believe people when they show you who they are.


Be prepared for disappointment & for finding love!
We know that many people behave differently online than in-person, for example most people would agree that walking away from someone mid-conversation, maybe when they've been asked a question, is rude in-person, however, many think nothing of doing that online.
It can feel vulnerable to open up to someone, to feel an attraction for them & then for them suddenly to disconnect without explanation, but this happens - a lot - be prepared for it & don't take it personally.
If you want you can reflect on the interactions & see if you feel you were being fully yourself in them, if there's anything you'd change next time 'round, are you repeating an unhelpful pattern, for example - reflect on it, change your behaviour next time if you want to, then let it go in the knowledge that it may be nothing at all to do with you & move on.

Conversely, feel yourself open to someone you're attracted to looking or being a little different to what you're looking for or what you've been attracted to in the past. Try to open your mind to the possibility of finding meaningful connection and, perhaps, even a loving relationships as more and more people are doing worldwide.


Some red flags to watch out for
(& walk away from) 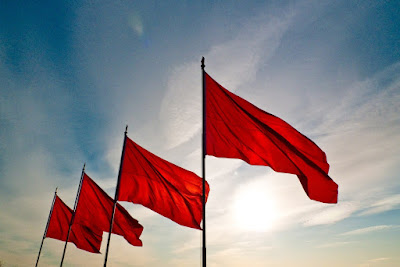 A 'red flag' is a term often used in conversations about relationships to indicate something that someone does, says, doesn't do or doesn't say that is a warning sign of something not being quite 'right', something that it's advisable to pay attention to as either a sign to slow down the progression of the relationship or stop it altogether.

They 'dis' their ex - if they can't be respectful about their ex, or at least leave them out of their current dating life they are not 'over' that relationship, and, they may well speak about you in the same way in the future!

There's no room for compromise - for example you may live far apart & so arranging to meet might be tricky, is it your date's way or the highway? are they willing to meet you halfway in terms of what you need & want & are able to manage?


If their profile picture contains any indication of aggression - for example, giving 'the finger' or 'flipping the bird' - do you really want to connect with someone who thinks this is the best way to present themselves to a potential partner?


If their picture is heavily doctored with filters and/or frames - I don't think this is a complete deal breaker but for me it would flag up something like, ''what are they hiding?''. We all want to be thought of as beautiful, handsome, attractive & desirable, some people like to feel cute & of course there are fashions & trends at play, but we all wake up looking less than our best in the morning so a balance of 'best foot forward' together with an honest 'this is really who I am' is the mature & advisable approach. Equally, if there are no photos - swipe left!


If someone asks you for money through a dating site, for any reason & no matter how much you're into them, walk (run!). There's no more to say about that as it's a 'no-brainer'!


Not sharing any information about themselves - I know someone who always 'swipes left' (in other words she always says ''no'' to) anyone with no written information in their profile, her argument is that if they can't take a few minutes to say a few words about themselves online, no matter how awkward or inelegant, then they will be unlikely to be communicative & forthcoming with information about themselves in-person. If you do engage & they continue to withhold information, exit. In a new relationship or connection sharing who we are is an essential tool to build both trust & desire, if someone's not engaging now they won't engage in this way in 6 months or 6 years! 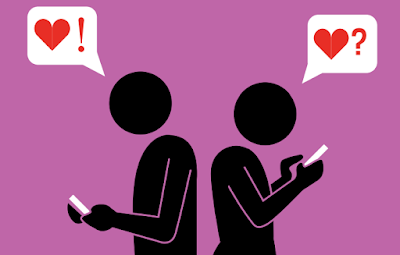 * Are you on the same page as your matches in terms of what you're looking for, available for & not wanting? If you're not, then move on, people change but not about the fundamentally important things in life.

* Take it slowly, pay attention to the messages in front of you in terms of the pictures & words, both what is said & unsaid.

* Most dating coaches suggest meeting in-person as soon as is practicably possible, if you can't meet in person for a while then jump on a video call as soon as possible. There is robust scientific data to suggest that pheromones, how we smell, are crucial to attraction & desire, if you simply don't like how each other 'smells' then it's likely going nowhere! And, solely writing or voice calling for too long a period can allow us build up unrealistic expectations as well as create unreal projections about the other person. Make it 'real life' as soon as you can to avoid those.

* If you do meet in-person ensure the first meeting, if not the first few meetings, is in a public place, that someone knows where you are and who you're with & you have a 'get out' strategy - a strategy to employ if you want to leave, for whatever reason.

* If you get tired of it all, stop, take a break before you become jaded & cynical, the apps will all still be there when you're ready to reengage & reinstall! In the meantime put your focus & attention fully on yourself, your joys, your friends & family, your pleasures, because fundamentally it is the quality of the relationship we have with ourselves that will inform the quality of relationships we have with others.